Various items about AWTA in the media. If there is a single thread that connects most of these, it is that AWTA works with all trail users and the respective agencies to create and maintain a sustainable trails network in the greater Ashland, Oregon area. 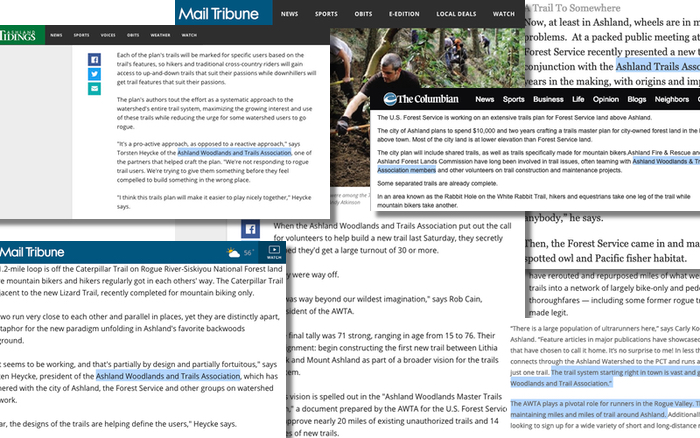 Tumble into the ‘Alice in Wonderland’ trails around Ashland, The Oregonian/OregonLive, by Jamie Hale

Southern Oregon mountain bikers promote courtesy on the hillsides With a goal of preventing potentially dangerous conflict The Columbian, June 22, 2013